The Group attended this benchmark trade show for the Asia-Pacific region, which was held between the 11th and 14ht of Septem
ber in Jakarta. Several stands represented the various SBUs, including Transmission, Distribution and Safety.
There were also a few agent’s stands displaying the Group’s products. It should be remembered that ELECTRIC & POWER INDONESIA has been in existence for 19 years and attracts nearly 1,000 exhibitors and 18,000 visitors. 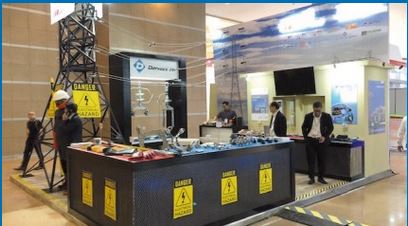