The Group attended BIEL, which was held from the 11th to the 14th of April, in Buenos Aires.

BIEL is one of the Southern American continent’s largset exhibitions in the electrical field, attracting more than 300 exhibitors and welcoming nearly 27,000 visitors.

The stand presented the various SBUs, with the Transmission (SEF and DERVAUX), Distribution (SICAME ARGENTINA, SICAME, NORTROLL), Safety (SICAME ARGENTINA and CATU) subsidiaries, as well as, COMULSA,a new acquisition of the Group. Thanks to support from the local authorities(National Government and the Province of Buenos Aires) and the Argentine Federation of Electrical Equipment Manufacturers (CADIEEL), the Group’s representatives had the opportunity to talk to a large number of local customers.
The Group also continued to promote its IoT solutions, an awareness-raising initiative which already started during a seminar organised for Latin American partners (Chile, Peru and Uruguay) during the days preceding the trade show. 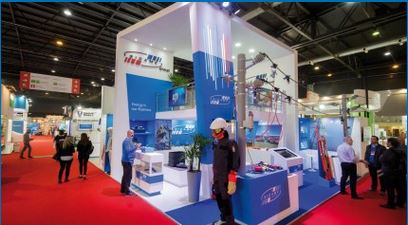